Ride up to Lick Observatory

Went on a ride Saturday and got to meet CoffeeBrakes and Timothy Long in person. Nice guys too. : ) 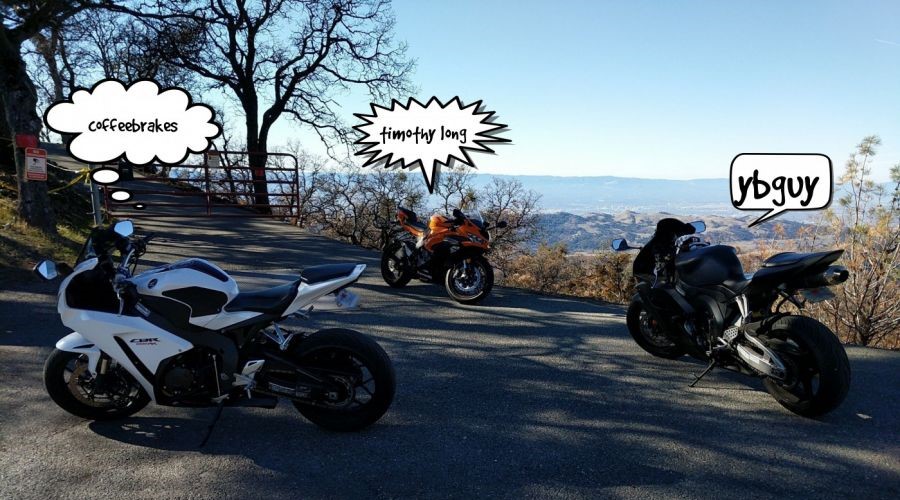 HippoDrone said:
looks a stunning spot that!
Click to expand...

Thanks HippoDrone, yes, it is one of the highest points in the area at about 4000 feet. Lots of scenery to look at too. You can see most of the South Bay (San Francisco Bay Area) from there.
Reactions: HippoDrone

Nice! Been up there a few times on various visits to the Bay Area. Love that route up from San Jose, then over to the Junction cafe and Mines Road up to Livermore. Lots of fun, some great memories. Ridden up the nearby Mount Diablo too, but not as good, too many tourists and overly restrictive speed limits. :-(

Got sent out there quite a lot over last few years for work, so always tried to grab an extra couple of days or a weekend off to rent a rike from EagleRider or Dubbelju (sadly now shut due to Covid) and explore the area. Hired all kinds of random stuff from big Hogs, to Bonnevilles and a Super Tenere. Them switchback hairpins on the climb were certainly interesting on a huge HD RoadKing! For many trips I was staying in Milpitas, so Mount Hamilton was right on my doorstep. 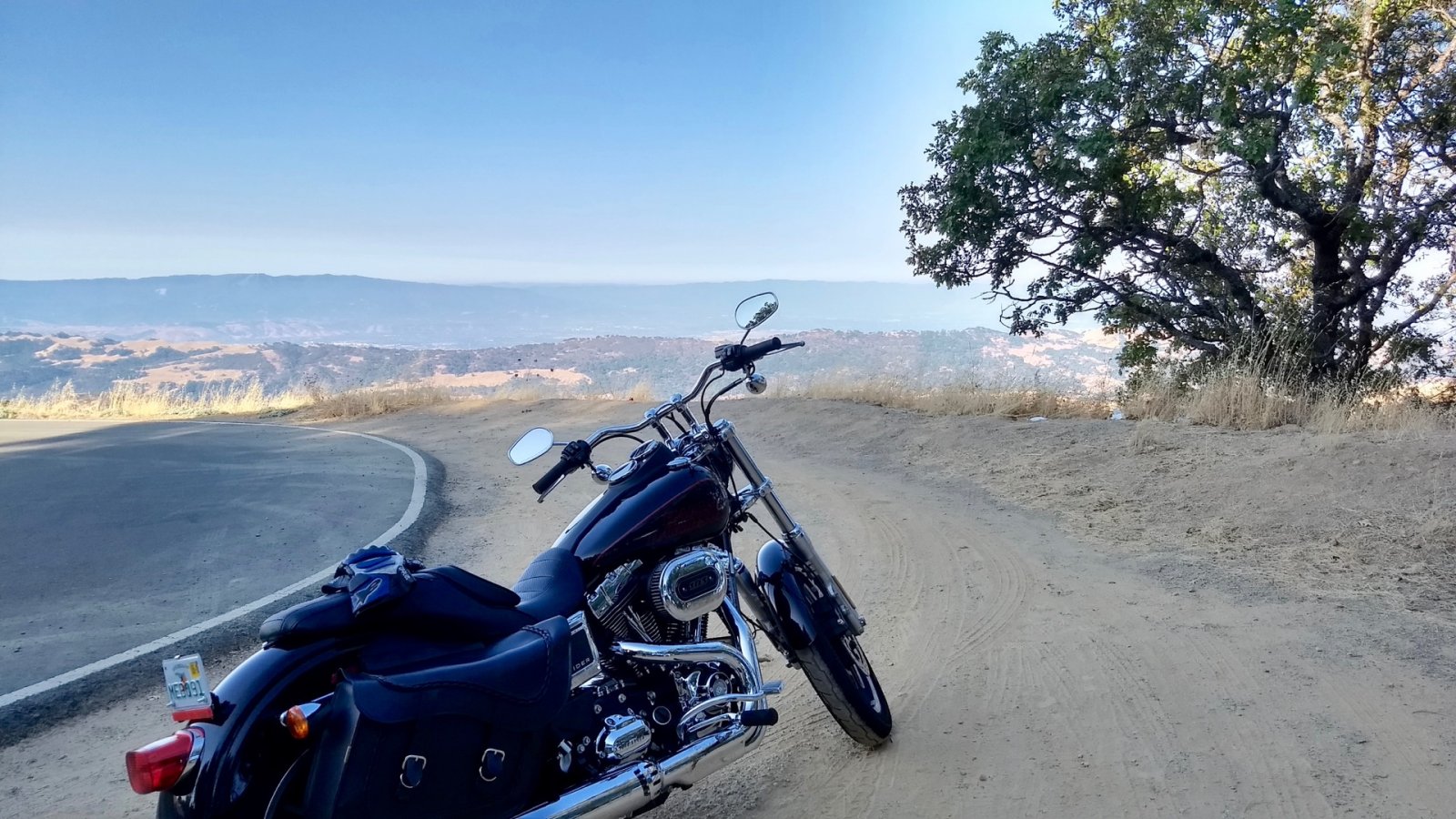 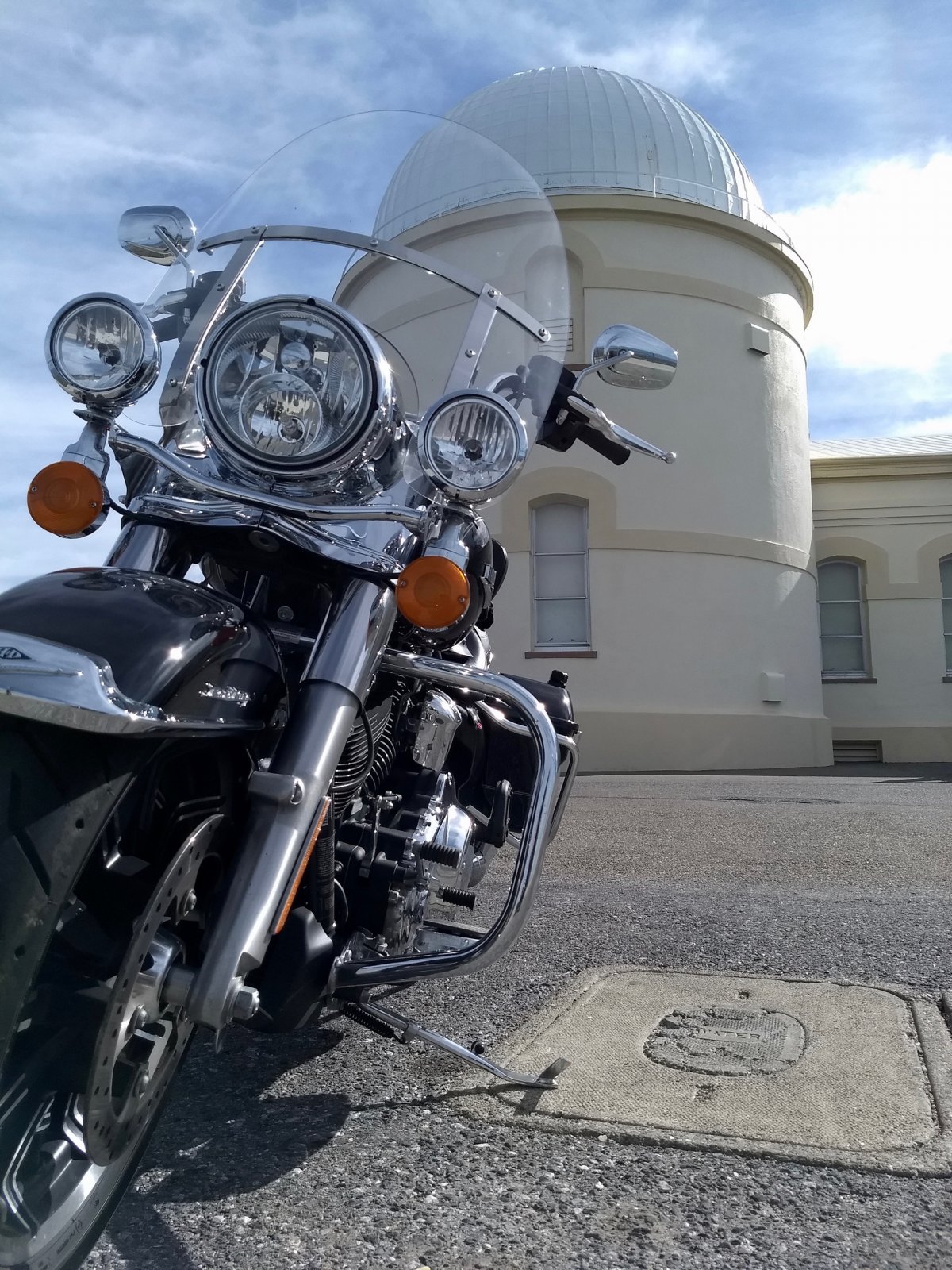 That turn in on the first shot, I actually pulled in there on the Road King too and managed to lose balance and drop the bloody bike... Just couldn't save it and ended up laying it down on the crash bars.

Damn, that was a heavy bike to lift back up. At least the bars meant it only fell to about 45 degrees... Thankfully, no marks and kept my deposit with EagleRider. Phew!
Reactions: YBGuy and Drakhen99

Sorry to hear about the spill Arfa, sounds like you were okay and the bike was okay too! Those hairpins on mines and hamilton can be super tricky to navigate for sure. I have over ran a couple of those too and almost ended up in the gravel, it was low speed but still frustrating.

Spill was nothing, I was stationary when I went over, more just the embarrassment and hassle picked it up again.

Rented from Eagle Rider (Mission District branch) 3 times and Dubbelju (again was in Mission Dist) once, between 2017 and 2019. Both were great, no hassles. Rented a HD 103 Dyna Low Rider, HD 107 Road King and Yamaha Super Tenere from EagleRider, and a Triumph Bonneville from Dubbelju. In all cases, the bikes were great, well maintained no problems at all. Initially, I rented lids from EagleRider, but early on they had very little choice/sizes of full face lids, and the one that fitted my had a scratched visor. Plenty of half piss-pot lids mind, they don't charge for these, tried one once, sure it fits the look for a Hog, but wasn't to my liking (and they're barely legal here in the UK!) Later trips I took to taking all my own gear, boots, gloves, lid, jeans, jacket etc. Definitely easier with my own lid with intercoms fitted to get satnav directions from phone!

The only thing with bike rental (and like many things I found in the US), is the headline price seems reasonable, but then there are tonnes of taxes and extras to bump things up: CA environmental tax, breakdown cover, insurance, damage waivers, bridge tolls etc. Before you know it, you're paying twice the advertised daily rate! Dubbelju were more transparent with more stuff included in the advertised price, but it was a higher price, to begin with - ultimately very similar prices between them.

Look for their deals, end/winter/early season can be cheaper. Sometimes random bikes are very cheap: the Super Ten was oddly only $89/day, whilst BMW GSs, Tiger 800s and even MT09's were way more $100-150/day! Not tried the South San Fran EagleRider, they always had odd opening times which I could never fit my pick up/drop offs into.

Wow, thanks for the seriously detailed review Arfa. Sounds like you had a good experience with both rental agencies. Definitely want to try EagleRider out now, since I have cased their website like 20 times, and with your positive feedback (Thanks again). Luckily I live in the San Francisco Bay Area so it will be easy to use my own gear. I hate scratched visors, boo!!

The extra costs are a bummer, bike dealerships do the same thing. They advertise a bike for sale like a new CBR600RR for $8k but before you know it, once you add in the dealer assembly fees, dealer markup fee, market adjustment fee, taxes and licenses. Boom, before you know it, you are on your way to paying $12,000 out the door! That is an extreme example but it's really annoying.

Once again Arfa, thanks for your detailed post on the motorcycle rental companies!
Reactions: Arfa

That looks a cracking spot on a nice day for sure. Just look over the edge and wish your troubles away
Reactions: YBGuy

HRMV said:
That looks a cracking spot on a nice day for sure. Just look over the edge and wish your troubles away
Click to expand...