It isn't often I look at a Harley and can imagine myself on it, but this looks quite cool! 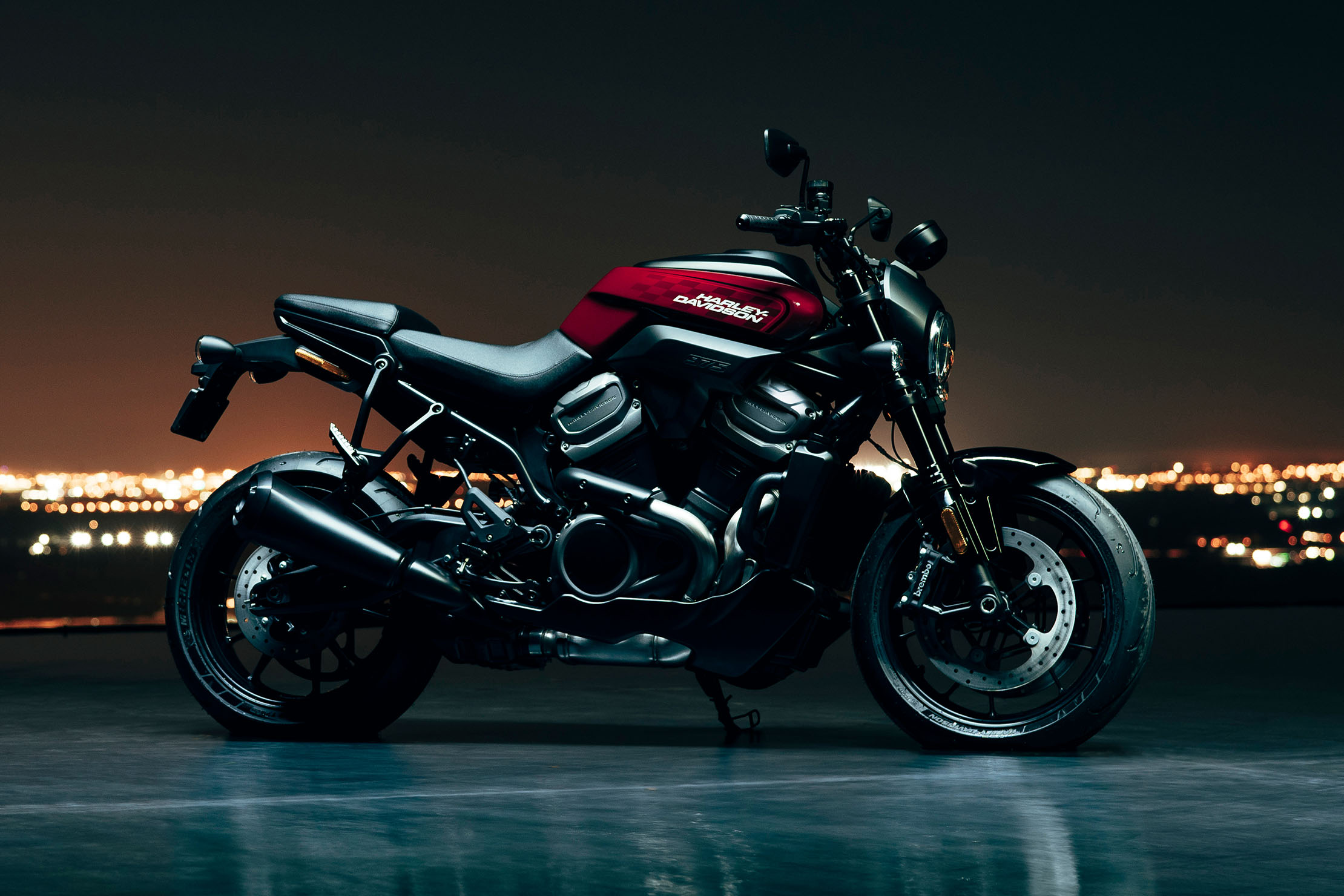 The all-new Harley-Davidson Bronx. Unapologetic attitude with the performance necessary to back it up. Torque, handling, and technology in a modern package.

HippoDrone said:
It isn't often I look at a Harley and can imagine myself on it, but this looks quite cool!

The all-new Harley-Davidson Bronx. Unapologetic attitude with the performance necessary to back it up. Torque, handling, and technology in a modern package.

I look forward to see one on a demo ride
Reactions: LoneWolfer and HippoDrone

After riding the FTR 1200 I want to ride the Bronx even more! Not that they are completely the same styles, but closer than anything in a long time to the sport bike market from both Indian and Harley. It is quite attractive too!
Reactions: R-Rated and HippoDrone

I ride a
Triumph Tiger 800 XCx

I really really like the look. I hope this is received well in the HD communities.

Anyone heard anything on pricing?
Reactions: R-Rated and HippoDrone

That's a totally different kind of Harley. I actually like it and don't feel the need to be a retired doctor or over paid solicitor lol
Reactions: HippoDrone and R-Rated

WheelyPerd said:
Anyone heard anything on pricing?
Click to expand...

Sorry to necro an old thread, but since no one has answered this question....

The Bronx and Pan-America are both slated for release in Q3 2021. No official pricing info is available yet, but I've got a lot of friends involved in the Motor Company at various levels and the current rumblings point to the 975 debuting in the 15k-18k range. That said, at about this point before Livewire released we were expecting it to be in the 25k range and it actually debuted at 30k, so take that with a grain of salt.
Reactions: WheelyPerd and HippoDrone

They already had it long time ago. It was called BUELL back then

That's a fair assessment, but a little inaccurate. Buell was basically a separate marque sold under the HD umbrella and was always treated like a red-headed stepchild. Erik could have been the Lee Iacocca of the American motorcycle industry but they didn't actually pay his ideas much mind. Selling the bikes as a different brand pretty much cursed them to failure from the get-go.

With the Bronx, Pan America, et al being sold as HD bikes I think they've got a better chance at success. I'm especially interested to see how things proceed now that Levatich has stepped down. He had good intentions but was an impediment to the company's growth with his continued focus on a customer segment that wasn't really keeping them afloat anymore.
Reactions: HippoDrone

Certain has a Street look in the front end of it, not that that's a bad thing, the Street bikes stand up on their own.